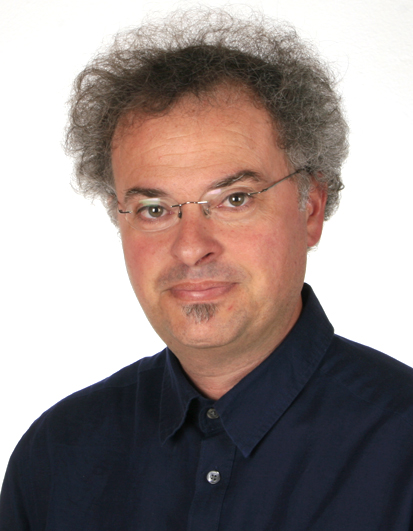 Nikolaos Kotrokois was born in Athens, Greece. He studied Vocal Ensemble Direction, Voice, Composition and Orchestral Conducting at the University of Music and Drama in Graz, Austria, and earned his Masters degree in 1994. During his studied he won scholarships by the City of Graz, the Austrian Ministry of Sciences and Research and the A.S. Onassis Public Benefit Foundation. In 1994, he founded the PolyPhonia music ensemble (https://www.oocities.org/polyphonia). Since then he has given numerous concerts in Greece and abroad. As a vocal ensemble director, he has collaborated with the greatest conservatories in Athens. He has repeatedly given concerts at the Athens Concert Hall and at the Third Program of the National Greek Radio as a vocal ensemble director, and has recorded two CDs of Renaissance music with FM Records, which received favorable reviews by the Greek and international press www.youtube.com/watch. He has also composed music for smaller and larger music ensembles. Some of his works have been issued by the Koutloumous Monastery of Mount Athos, as part of a tribute to poet Dionysios Solomos, under the artistic direction of tragedian Anna Synodinou.

In 1999, after an invitation from the Ministry of Education, he became director of the Music High School of Pallini’s children’s choir, with which he participated in numerous important events, and from that year until today he is the director of the Conservatory / Music Study Center “Ihomorfes”, where he also teaches Advanced Music Theory and Voice. In the same year, due to his activities, he was also a nominee for an award by the Union of Greek Music and Theater Critics. He was a member of the central committee for the Panhellenic School Choirs Competition since the beginning of the institution and for six years. He taught Vocal Ensemble Direction at the Music Studies department of the School of Fine Arts in the Aristotle University of Thessaloniki from 2007 to 2010. Since 2010 he is a doctoral candidate in the same departmeny, and a founding member of the scientific team of the Voice and Swallowing Center of Athens, contributing as a vocal instructor.

In October 2011 he published his first book in a series of fairy tales with music for children 5-8 years old, by Minoas